What is a teenager?

The distance a number is from 0.

The study of mathematical symbols and the rules for manipulating those symbols.

A grid used to illustrate values of algebraic expressions.

A sequence of numbers in which each number can be computed by adding the same amount to the previous number.

A line that you can flip (or reflect) a graph across that results in the same graph.

A number that is raised to a power.

When the points on a grid are not all on a straight line, but seem to have a somewhat linear pattern, you can find a line that is the “best fit” (closest) to the points.

A box with “whiskers” showing the median, quartiles, and extremes (least and greatest values) of a collection of data values.

Have a profit of zero (that is, make exactly as much money as you spend).

ceiling(x) is the closest integer which is greater than or equal to x.

Multiplying both sides of an equation by some nonzero number that turns all the fractions in the equation into integers.

A constant that a variable or expression is multiplied by.

Using the distributive law to add any two multiples of an expression such as x. For example, you can simplify 4x+5x into 9x.

In an arithmetic sequence, the amount that can be added to each number to get the next one.

In a geometric sequence, the amount that each number can be multiplied by to get the next number.

Rewriting the equation x2+2mx=n as (x+m)2=n+m2 so that it can be more easily solved.

The composition of two functions f and g is the function f∘g that transforms x into f(g(x)).

A joint frequency divided by the total of its row or column in a two-way frequency table.

A single fixed number (unlike a variable, whose value can vary).

A constant term, thought of as a coefficient of 1.

A term that is a constant. For a polynomial in x, it’s the term without an x.

A 2-dimensional flat surface used for plotting points, lines, curves, and regions. It contains an x and a y axis which intersect at the origin.

A grid of lines on a coordinate plane that makes it easy to see (x,y) coordinates of locations in that plane.

In economics, how much money a company spends to produce a product.

A collection of related measurements.

A fractional quantity written with a decimal point (like 0.5).

The bottom number or expression in a fraction.

The distance between two quantities, or the answer to a subtraction problem.

Distributive law of multiplication over addition

Distributive law of multiplication over subtraction

The set of inputs (x-coordinates) of a relation or function.

A diagram showing data values as dots above a number line.

A function f with f(x)=f(−x) for all x. f(x)=xn is an even function if n is an even integer. A function is even if and only if its graph has the y-axis as an axis of symmetry.

In a power, the number of times the base is multiplied by itself.

Decreasing toward 0 due to a variable in an exponent, such as in y=2−x.

Increasing rapidly due to a variable in an exponent, such as in y=2x.

A combination of variables and numbers using arithmetic (like 6−x).

Rewriting an expression as a product.

The median of the data

An expression that is used to compute a value.

In statistics, the number of times something occurs, or is observed.

A relation in which no x-coordinate appears in more than one (x,y) ordered pair. This means you can think of a function as a transformation that takes each x-coordinate to its single corresponding y-coordinate.

Any integer greater than 1 can be written as a product of prime numbers, ordered smallest to largest, in exactly one way.

A sequence of numbers in which each number can be computed by multiplying the previous number by the same amount.

An image formed by plotting the solutions to an equation or inequality, or some other set of pairs of numbers, on a coordinate plane. To graph an expression containing the variable x, set y equal to that expression.

Rectangles of equal width above a number line, where each rectangles’s height shows the number of data values in that portion of the number line.

A number that can be “put into” a relation to produce one or more “outputs.” If a relation is given by a two column table of rows (x,y), you “look up” the input x value in the first column, and the output(s) are given by the y values in those matching row(s).

A whole number or the negative of a whole number. For instance, 37 and 0 and −5 are integers.

The third quartile minus the first quartile.

The number of events that satisfy both of two specified criteria.

A joint frequency divided by the total number of events.

For a polynomial in x, the number that x (without an exponent) is multiplied by.

An estimate for a variable using a linear expression in another variable.

Maximizing or minimizing a linear goal or cost expression, while remaining within some constraints given by linear inequalities.

The total of a row or column in a two-way frequency table.

A marginal frequency divided by the total number of events.

The average of a collection of data values. This can be computed by adding all the values and then dividing by the number of values.

The middle number in an ordered list of data values. If there are an even number of values, the median is halfway between the two middle numbers in the list.

The most common value in a collection, or “modes” if more than one are tied.

A polynomial whose leading (first) coefficient is 1.

A product of variables and numbers, like 3x or 5×2. A monomial is also sometimes called a term.

Take the opposite of a number, by multiplying it by −1.

The top number or expression in a fraction.

A function f for which f(x) has a different value for every distinct (different) value of x.

The point on a coordinate plane where the x-axis and y-axis intersect. It is represented by the coordinates (0,0).

A value that “lies outside” (is much smaller or larger than) most of the other values in a collection.

A number produced by applying a relation or function to an input.

The shape of the graph of y=x2.

A function that repeats after a certain period h with h>0, so that f(x+h)=f(x) for every x.

A function that is defined by different formulas at different inputs.

A point that you can rotate a graph around by 180° that results in the same graph.

A sum of monomials. Usually terms with higher powers are written first.

An expression of the form aⁿ. a is called the base, n is called the exponent, and aⁿ is called “the nth power of a”. If n is a positive integer, aⁿ means a multiplied by itself n times.

An integer greater than 1 that can only be written as a product of two whole numbers in one way: as itself multiplied by 1.

The answer to a multiplication problem.

Each of the four sections of a coordinate plane made by the intersecting x- and y-axes. The four quadrants are labeled I, II, III, and IV, counterclockwise from the top right.

An expression or equation in which the highest power of a variable has exponent 2.

For a polynomial in x, the number that x2 is multiplied by.

Quartiles: The first quartile, median, and third quartile are values which divide a data collection into four roughly equal parts.

The answer to a division problem.

The set of outputs (y-coordinates) of a relation or function.

A number that can be written as a fraction m/n where m and n are integers.

Rigid motion across a fixed line AB in a plane, like a mirror image.

A frequency divided by the total number of events, often expressed as a percentage.

An observed value minus its estimated value.

How much money a company receives in sales.

The values of x where a polynomial is zero. These are the x-coordinates of the x-intercepts of the polynomial’s graph.

Rigid motion around a fixed center A, with turning but no reflection.

Dots in the coordinate plane representing pairs of linked measurements, such as heights and weights for a group of people.

A list of numbers that may be generated by some rule.

An unordered collection of numbers or other mathematical objects, without repetitions.

Two geometric figures are similar if they have the same shape but possibly different sizes, with corresponding lengths differing by a single common scale factor.

To rewrite an expression in a way that means the same thing but is simpler (or shorter). You can simplify 3x−x+6 into 2x+6.

A number that measures how steep a line is. It shows the amount of change in the height of the line as you go 1 unit to the right. The slope of the line y=mx+b is m.

The form y=mx+b for a linear equation, where m and b are constants. The numbers m and b give the slope and y-intercept of the line that is the graph of that equation.

All solutions to an equation, inequality, or system.

Find the solutions to an equation, inequality, or system.

The square root of the variance.

A number used to describe or summarize data.

The study of data, and the methods used to describe or summarize data.

A piecewise-defined function where each piece’s formula is a constant (doesn’t change with x). A step function’s graph looks like stair steps.

In an expression or equation, eliminating a variable by replacing it with another expression that it is equal to.

The answer to an addition problem.

In mathematics, a rectangular arrangement of rows and columns.

Element in a sum, difference, or sequence.

A standard measurement, such as a meter or an hour.

A number that a variable or expression can equal.

A letter (like x) that we can use to mean different numbers at different times.

The point where a parabola crosses its axis of symmetry, or an end of a side of a polygon, or the corner point of an angle.

A quadratic equation in the form y=a(x−h)²+k.

Going up and down.

The horizontal line running through the origin on a coordinate plane.

A point where a curve meets the horizontal axis (the x-axis).

The vertical line running through the origin on a coordinate plane.

A point where a line or curve meets the vertical axis (the y-axis). The y-intercept of the line y=mx+b is the point (0,b).

The values of x where an expression is zero. These are the x-coordinates of the x-intercepts of the expression’s graph. For a polynomial expression, these are usually called roots. 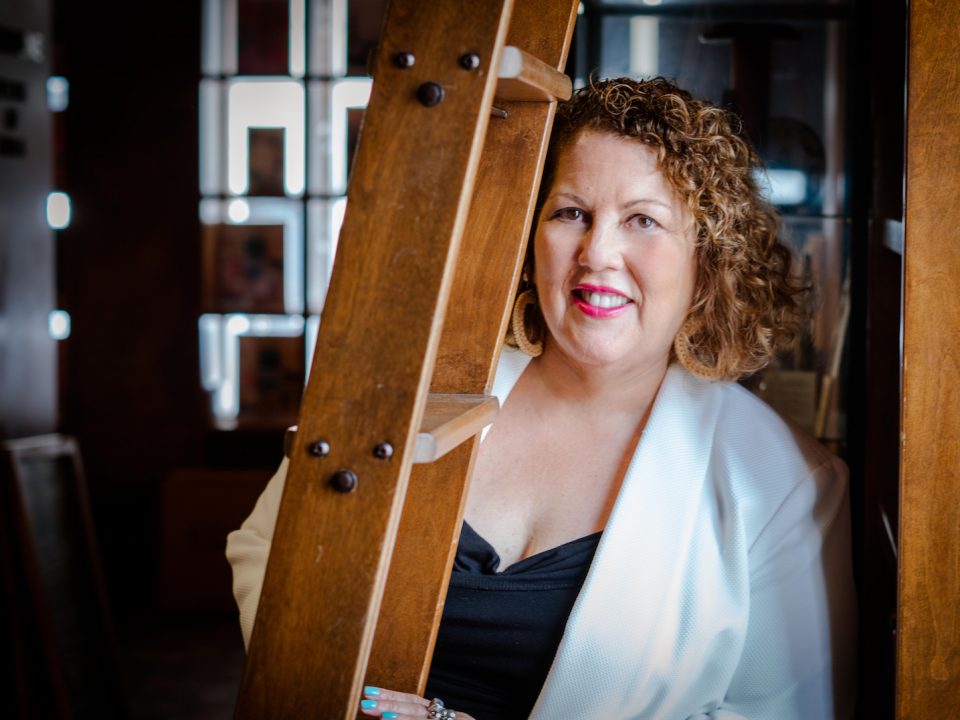 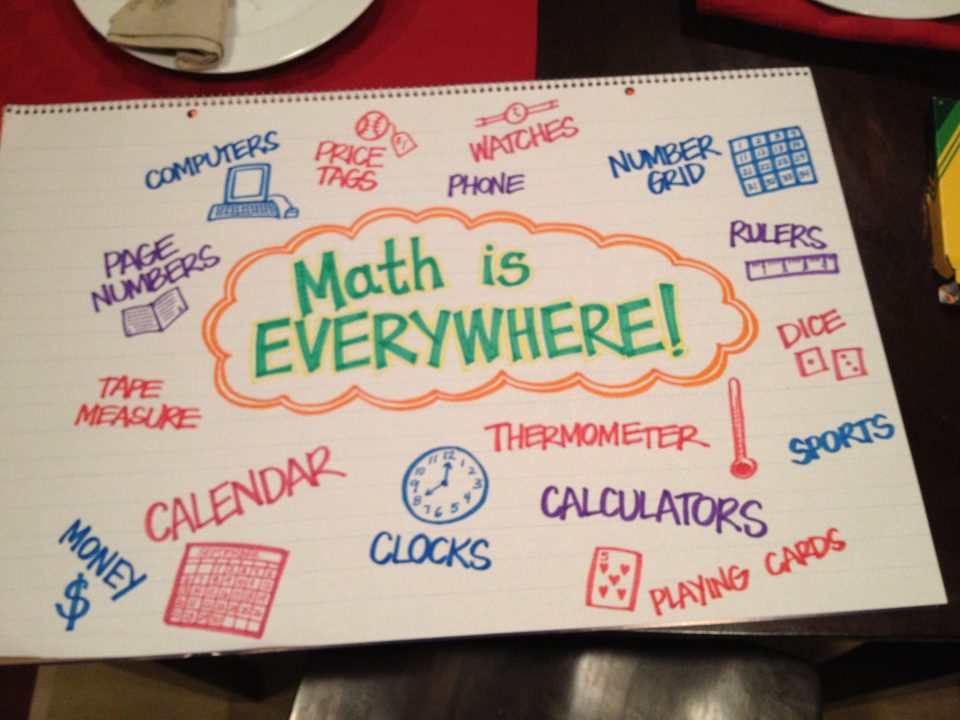 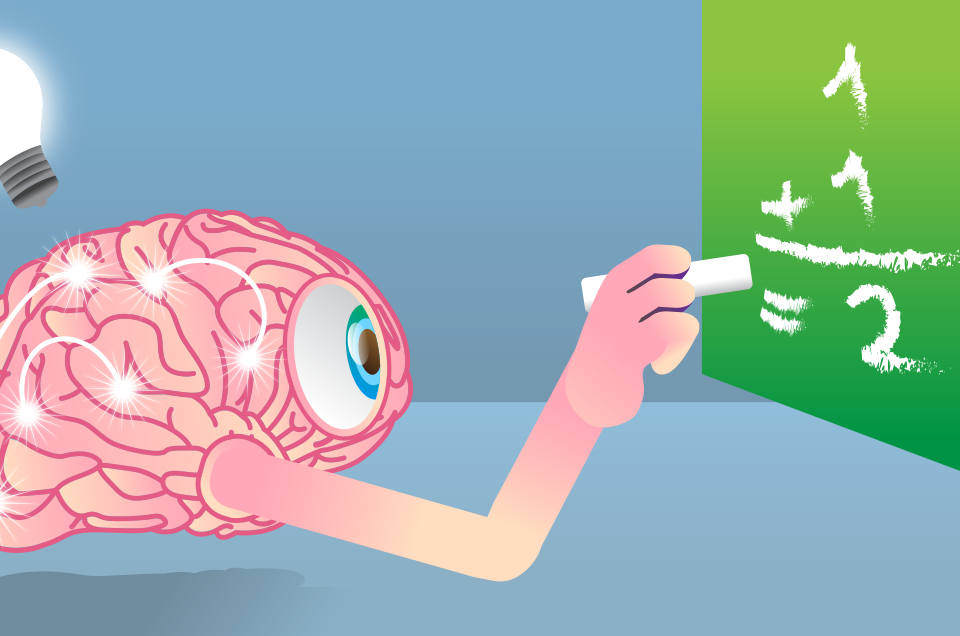